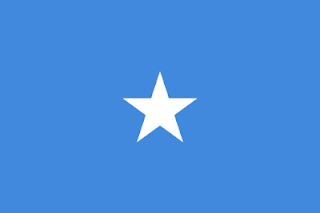 Somalia’s insurgent group Al-Shabaab has vowed to replace the Somali flag by a black flag with Islamic emblem.

Sheikh Mukhtar Robow Ali Abu Mansur, a top Al-Shabaab leader said the group’s flag would be the only flag flying high across the country, adding that the flag represents Islam.

“We will not accept any other flag other than the black with the en Shahadah on it... Because this flag is the Islamic one and it’s not imposed by UN or other countries like US,” he said.

Abu Mansur also said that his group would not allow the formation of semi-autonomous regions in the central and southern Somalia.

He was speaking while proceeding over the commencement of Islamic teaching seminar for elders from different Somali regions.

On the other hand, Abu Mansur said his group would intensify its fight against the fragile UN-backed government and AU forces.

“We will still fight with the Somali government until we establish Islamic administration and also drive out AMISOM from our country, because they are invaders,” he said.

His remarks come as Somali government says it plans to root out insurgence in the country.

Al-Shabaab, which control much of the Somalia’s southern and central regions, has been involved in deadly arm struggle with TFG forces an AU troops in the capital.