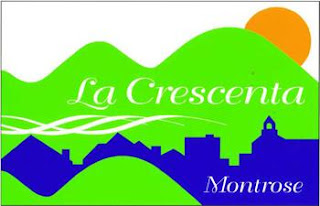 Crescenta Valley has its own flag

The people have spoken. The Crescenta Valley community will have its own flag. The design is the artistry of La Crescenta resident Steven Park, who, with his son, 10-year-old Monte Vista Elementary School fourth grader Justin, created an image that most voters at last Saturday’s election considered best represented this unique community.

Park’s design — which depicts an orange-golden sun behind green mountains and blue-colored townscape with the names of La Crescenta and Montrose — received 206 votes from the 365 votes cast for the six choices in the flag design contest.

About 25 designs — a mix of hand drawn and computerized images — were submitted by residents and others outside the area, as was allowed in the contest rules. The designs were narrowed down to the top six by the Crescenta Valley Town Council’s flag committee that was headed up by Town Council members Robert Thomas and Liz Arnold.

Thomas said he was delighted with Parks’ design and glad it was the winning — of several wonderful — designs.

“I love it, it really describes La Crescenta [and Montrose] at a glance,” Thomas said, adding, “The San Gabriel Mountains are represented in the background with the name La Crescenta in that portion of the flag, and Montrose is nestled in the smaller Verdugo Mountains in the forefront, with the blue buildings of our community in between. It’s got the green mountains for prosperity and the sun coming up for a bright future.”